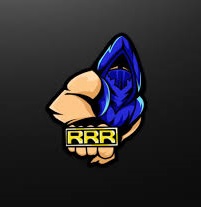 Mr. Tripple R is the king of Free Fire in Bangladesh.

He is now a trend on the Bangladeshi Free Fire gameplay section.

Recently he played with Total Gaming Ajju Vai.
And it makes him more popular.

On his first channel, he uploads challenge type video.
And his second channel he uploads free fire montage.

Mr. Tripple R don’t want to face cam on his youtube channel.
And he never shares any kind of information about him.

Mr. Tripple R‘s real name is Rejaur Rahman Rejvi.
His age minimum (20-25). We are not sure.
Because he nothing shares about him on social media.
He’s popular for free fire gameplay.
And he is a big fan of Ajju Vai, Amit Vai, Subrata Yt.
He has a good relationship with Illusionist YT‘s Rinku Vai.
And often we can see, they are playing free fire together.
Rinku Vai inspried him to make a youtube channel.
Because Rejvi vai played free fire very well from his beginning.
Read Also Sohag 360 Biography
Thank you very much for reading this article.
Please give a comment here if you like Mr. Tripple R.